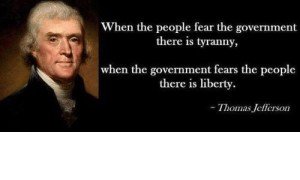 An interesting read from an anonymous source about how a civil war looks in today’s America.

Two or more sides disagree on who runs the country. And they can’t settle the question through elections because they don’t even agree that elections are how you decide who’s in charge.  That’s the basic issue here. Who decides who runs the country? When you hate each other but accept the election results [like conservatives did with Obama], you have a country. When you stop accepting election results [like Leftists have with Trump], you have a countdown to a civil war.

The Mueller investigation was about removing President Trump from office and overturning the results of an election. We all know that. But it’s not the first time they’ve done this. The first time a Republican president was elected this century, they said he didn’t really win. The Supreme Court gave him the election. There’s a pattern here.

There’s no shooting. At least not unless you count the attempt to kill a bunch of Republicans at a charity baseball game practice. But the Democrats have rejected our system of government.

This isn’t dissent. It’s not disagreement. You can hate the other party.  You can think they’re the worst thing that ever happened to the country.  But then you work harder to win the next election. When you consistently reject the results of elections that you don’t win, what you want is a dictatorship.

Your very own dictatorship.

The only legitimate exercise of power in this country, according to Democrats, is it’s own. Whenever Republicans exercise power, it’s inherently illegitimate. The Democrats lost Congress. They lost the White House. So, what did they do? They began trying to run the country through Federal judges and bureaucrats. Every time that a Federal judge issues an order saying that the President of the United States can’t scratch his own back without his say so, that’s the civil war.

Our system of government is based on the constitution, but that’s not the system that runs this country. The Democrat’s system is that any part of government that it runs gets total and unlimited power over the country.

If the Democrats are in the White House, then the president can do anything. And I mean anything. He can have his own amnesty for illegal aliens. He can fine you for not having health insurance. His power is unlimited. He’s a dictator.

But when Republicans get into the White House, suddenly the President can’t do anything. He isn’t even allowed to undo the illegal alien amnesty that his predecessor illegally invented. A Democrat in the White House has ‘discretion’ to completely decide every aspect of immigration policy. A Republican doesn’t even have the ‘discretion’ to reverse him.  That’s how the game is played That’s how our country is run. Sad but true, although the left hasn’t yet won that particular fight.

When a Democrat is in the White House, states aren’t even allowed to enforce immigration law. But when a Republican is in the White House, states can create their own immigration laws. Under Obama, a state wasn’t allowed to go to the bathroom without asking permission. But under Trump, Jerry Brown can go around saying that California is an independent republic and sign treaties with other countries.

The Constitution has something to say about that.

Whether it’s Federal or State, Executive, Legislative or Judiciary, the left moves power around to run the country. If it controls an institution, then that institution is suddenly the supreme power in the land. This is what I call a moving dictatorship.

Donald Trump has caused the Shadow Government to come out of hiding: The professional government is a guild. Like medieval guilds. You can’t serve in if you’re not a member. If you haven’t been indoctrinated into its arcane rituals. If you aren’t in the club. And Trump isn’t in the club. He brought in a bunch of people who aren’t in the club with him.

Now we’re seeing what the pros do when amateurs try to walk in on them.  They spy on them; they investigate them and they send them to jail. They use the tools of power to bring them down.

That’s not a free country.

Have no doubt, we’re in a civil war between conservative volunteer government and a leftist Democrat professional government.

The Differences Between the Left and the Right:

The right believes it is our choices, not our circumstances that are the cause of all problems.

The left believes the brokenness is caused by our poverty, lack of education, or in other words – circumstances.

To be truly Conservative, the means are just as important as the end.

To the progressive liberal, the end justifies the mean.

The Republican Party is dominated by people who favor smaller government, lower taxes, strong defense, traditional moral standards regarding abortion and marriage, the promotion of a Constitutional Republic democracy, strong loyal nationalism and the promotion of a free market economy. These are consistent with biblical teachings on government and a biblical worldview.

By contrast, the Democratic Party has come to be dominated by people favoring larger government, one-world government by elitists, higher taxes, more reliance on negotiations rather than superior military force in defeating our enemies, opposition to biblical moral standards on abortion and homosexual “marriage” and promotion of a more Socialist leaning economy that is highly controlled by the government. These views are at odds with biblical teachings regarding government.

Why Christians are feared and persecuted:

Christians, not the namby-pamby professing christians, but the Born Agains with a Biblical Worldview (BWV), have that absolute in God’s revelation.

Because Christians have an absolute universal standard by which to judge not only personal morals but the state, we become enemies of the totalitarians in authority.

Source: How Should We Then Live? By Francis Schaeffer

If we Christians do not speak out against the tyrannical authoritarian government growing in our country, eventually our children will become enemies of society and the state and the current civil war will destroy them.