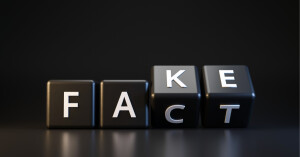 In 2020 it became painfully apparent we have very few pastors who were willing to be the watchman. Far too many are not only themselves living in fear and submission but preaching it in their words and their deeds.

What has this cost us?

Well, if the global progressive Marxists win the day, the church will be the first to feel their wrath.

All because too many in our church, especially our pastors, are influenced more by the culture than themselves have influenced the culture by teaching things like a Biblical Worldview and Politics according to the Bible.

Christians are born for combat, confrontation, and judgment and it’s part of why we are feared and persecuted.

And if there are no absolutes by which to judge society, the culture of society becomes THE absolute.

Christians, not the namby-pamby professing christians, but the Born Agains with a Biblical Worldview (BWV), have that absolute in God’s Word.

Because Christians have an absolute universal standard by which to judge not only personal morals but the state, we become enemies of the totalitarians in authority.  [Source: How Should We Then Live? By Francis Schaeffer]

A time of persecution and painful testing is coming. Lukewarm, shallow, professing christians – those who practice progressive theology, WILL NOT come through this with their faith intact. They may well be the ones Jesus is speaking of in Matthew 7:21-23.

If we Christians do not speak out against the tyrannical authoritarian government growing in our country called Progressive-leftism or Progressive Marxism, eventually our children will become enemies of society and the state.

Here is a sentence to memorize: To make no decision in regard to the growth of totalitarian government is already a decision.

In any atheistic political ideology like Marxism, socialism, communism and now the new progressive-leftism of the Democratic Party, the elite rule and the rule is based on arbitrary absolutes handed down by these atheistic elites.

Under this progressivism, the absolutes can change from day to day and because their power comes from the Mob Rule philosophy, and because this atheistic religious ideology controls the media, education, and most of the church, it’s easy to convince the naive public that the “mob” approves, thus they win.

How can you advocate breaking some laws and obeying others?

The answer lies in the fact that there are two types of laws: just and unjust.

I would agree with St Augustine that ‘an unjust law is no law at all.’

Some have interpreted the following passages (Rom 13:1; Dan 2:21; Rom 13:1-7; Titus 3:1; 1Peter 2:13-14; 17) as an absolute grant of authority, meaning the government is to be obeyed at all times and in all circumstances. But the injunction to obey is conditioned on the assumption that the officials are carrying out the purposes of God. Thus, if rulers are acting contrary to God’s laws or His delegation of authority, if they are not acting as God’s servant, then Christians are not bound to obey them; in fact, we may be morally obligated to resist.

“The elites and elite institutions are abandoning classic liberalism for progressive Marxism that regards justice in terms of groups. It encourages people to identify with groups – ethnic, sexual, and otherwise – and to think of Good and Evil as a matter of power dynamics among the groups.

A utopian vision drives these progressives, one that compels them to seek to rewrite history and reinvent language to reflect their ideals of social justice.

Under this Progressive/Marxist religious ideology, you can never be sure when those in power will come after you as the villain for having said or done something that was perfectly fine the day before.

“You will not be able to predict what will be held against you tomorrow. You have no idea what completely normal thing you do today, or say today, will be used against you to destroy you. This is what people in the Soviet Union saw. We know how it works.” – A Soviet-born émigré who teaches in a university deep in the US heartland. [Source: Live Not by Lies by Rod Dreher]

Because progressivism uses language that is soft and endearing, it catches those without a Biblical Worldview, unawares, and makes it hard for Americans schooled in Progressive/Marxism in the schools, churches, and media to recognize what is happening.

Most Americans born after the early 1960s have no idea that communism [aka Marxism, socialism, and now progressivism] is a militant atheistic ideology/religion and declares Christianity its mortal enemy.

In my estimation, 50-80% of Catholics and so-called evangelicals are at best “professing christians” and thus will be the ones most shocked when these progressives come after them – even though the vast majority voted for them.

There is an old Eastern European saying [from the communist days] that “You can vote yourself into Communism, but you have to shoot your way out.”

If America does not get their spiritual lives in order, there is slim hope of resisting this soft-totalitarianism before it turns into hard-core totalitarianism.

In 2003, the Barna Research Group conducted a nationwide survey and determined that only 4 percent of Americans had a “biblical” worldview. When George Barna, who has researched cultural trends and the Christian Church since 1984, looked at the “born-again” believers in America, the results were a dismal 9 percent.

This calculates out to approximately 7.5M Americans are True, Real Christians who are Born Again AND have a Biblical Worldview.

On the eve of his forced exile from then Soviet Russia, Aleksandr Solzhenitsyn published a final message to his fellow Russians titled “Live Not by Lies”.

In this essay, he challenged the pessimistic claim that the totalitarian system was so powerful that the ordinary man or woman cannot change it.

Nonsense, he said. The foundation of Progressive/Marxist/Communist is an ideology made up of lies. The system depends on people’s fears of challenging these lies for its very existence. This is how so few elites, can control billions of people worldwide.

There are only three institutions of influence in America.

Progressive Marxism controls the first two nearly completely and probably the majority of the churches.

Our duty as Born-Again Christians is to NEVER knowingly support lies.

You may not have the courage or strength to stand up in the public square and say what you truly believe, but you can at least refuse to affirm the lies through any form of acquiescence.

We need to Stand in Solidarity:
A time of persecution and painful testing is coming. Lukewarm, shallow, professing “christians” – those who practice progressive theology, WILL NOT come through this with their faith intact. They will be the ones Jesus is speaking of in Matthew 7:21-23.

It is time to start preparing for “living not by lies”.

Can keeping silent be a lie?

When you hear or read something that is a lie, instead of setting the record straight you either say nothing (which is a way of agreeing) or you agree just to keep the peace, be faltering, or to be “kind”.

It is better to be divided by Truth than united by lies.