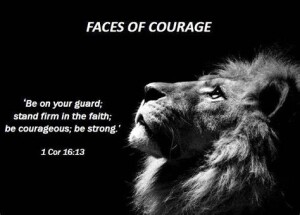 Live Not by Lies and stop supporting those who tell the lies. It is better to be divided by TRUTH than united by lies!

What actions can conservatives and especially conservative, Born Again Christians implement to protect ourselves, our loved ones, and our community?

We have to get back to living, working, and moving forward. WE HAVE TO OPEN UP THE ECONOMY OURSELVES, regardless of mandates, orders, or regulations from governments—federal, state, or local.

Protests? Ya, probably. But more than that, we simply go back to work.

We need to stop submitting to restrictions and stop hiding quietly in our homes while our community and businesses are destroyed.

Organizing and maintaining this is going to require some risk in order to encourage others to join.

For example, if we want business owners to refuse to enforce lockdown rules then when a business owner makes a courageous decision and faces off with health or law enforcement officials, we need to be there to back them up. This means we do it respectfully but with full Constitutional knowledge as part of our armor. This is called “Creating-a-Wall-of-Worry”

The following is an excerpt from: Its time for conservatives and especially Christian Conservatives to unite against the globalist Reset https://www.lewrockwell.com/2020/12/brandon-smith/the-new-confederacy-yes-its-time-for-conservatives-to-unite-against-the-globalist-reset/

“Many police and sheriffs are not onboard with the enforcement of illegal mandates, but those that are, need to understand that there are potential consequences for doing so. The wall of worry is a deterrent, and the larger the group of people involved the better. Police are not going to risk escalation of a fight over lockdown mandates if they realize that fight could go badly for them. And, if people in their own departments are against the lockdowns, the consequences double if they seek to enforce them. They should be the ones worried, not us.

Health Department officials are even less likely to push the issue in the face of opposition.

By extension, if your local sheriff’s department or police department is standing against the unconstitutional mandates and the state or federal government threatens them with repercussions, YOU must be there to offer help and support. They are taking a risk for you, so you must be willing to take a risk for them.

I am also hearing considerable chatter that many medical professionals including doctors and nurses are going to REFUSE to take the poorly tested and questionable Covid vaccine for fear of damaging side effects. And why should they? Why take a vaccine for a virus that only threatens less than 0.3% of the public outside of nursing homes?

Medical professionals are under immense pressure to take the vaccine or lose their license to practice. Conservatives MUST defend them if they rebel against mandatory vaccination.

This means helping them to set up their own clinics outside of the controlled system where they can continue to aid people and still make a living. This means networking liberty-minded patients that need treatments for various ailments to doctors and nurses that will not demand they show a medical passport and will not report them to the government. This means protecting doctors and nurses from retribution should government officials try to punish or arrest them.

Communities will need to build their own localized economies, using barter and trade and maybe even creating a local currency scrip (hopefully backed by some kind of commodity). They are going to have to insulate themselves from the lockdowns economically in order to defy the lockdowns in a practical way. Otherwise, anyone that does not conform to medical passports and contact tracing will be denied access to the establishment-controlled economy and die of poverty. We have to create alternatives. We have to offer people a choice outside of tyranny, otherwise many will go along with the tyranny.

Finally, conservative communities are going to have to provide for their own security. Regardless of how the election situation actually ends, and even if Trump stays in the White House and refuses to concede, martial law is an unacceptable scenario. Conservatives don’t need it anyway. We should be establishing localized security (otherwise known as militias) composed of any able-bodied person in the community that wants to join. These militias would have to form as unofficial organizations, as it is unlikely that state politicians will sanction them.”

Specific Actions We Can All Take Now:

How can we identify the line in the sand where we need to actively resist the government? – Frank Turek