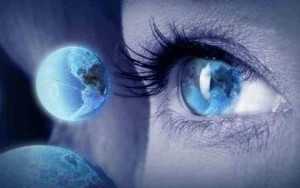 Some see man as inherently good, and problems are simply caused by a lack of man-made solutions – Lack of money or lack of education. This is the doctrine of the progressivism liberal of the Democratic Party.

“The modern left-wing progressive believes man is born morally good and only turns evil because of their environment and/or circumstances.”

Some see man as inherently evil and of little intrinsic value, thus they need to be controlled by any means possible. Need to be controlled by dictators or tyrants. [ironically, the controllers are equally evil]. This is the doctrine of countries like China, Russia, N Korea, Venezuela – communist, socialist, Marxist, and the progressive leftist in America. Might is right.

Then there is the Christian [Biblical] Conservative worldview; man was created good, in the image of God, but then sin infected the human race. Thus humans have great capability for evil, but Jesus entered the world to take sin upon himself for His chosen ones: those who repent and the Holy Spirit empowers to live in righteousness. In other words, man is born morally corrupt, and only by seeking God can we have any hope of achieving moral goodness.

“No issue has a greater influence on determining your social or political views than whether you view human nature as basically good or not. If you believe people are born good, you will attribute evil to forces outside the individual.” – Dennis Prager

When your worldview is wrong, EVERY decision you make is wrong.

This is why liberal politicians and their adherents believe in gun control, welfare, free housing, open borders [which is a Marxist/socialists philosophy that opposes private property], and that Islamists destroy themselves and others because of external issues such as poverty or more ludicrously, lack of kindness shown them.

This is why having a Biblical Worldview is so critical.
If you do not recognize evil, judge it, or confront it, you will be incapable of fighting it.

Our Founding Fathers knew and understood evil. That is why they left the “Old world.”
While they may not all have been Christians, they were all theists, they believed in one God, the Creator, and His Principles and patterns He set down in the Bible for Effective living.
This is why they created the Bill of Rights that specifically limited government and gave all rights to its citizens, including the right to absolve government if and when it became evil in and of itself.

The failure to understand the capacity of evil, especially within government was demonstrated by two of the most liberal anti-Christian presidents – Franklin Roosevelt and Barack Obama. Both have suggested that the government, instead of the citizens, should have the ‘Rights’.

The Bill of Rights was designed to restrain the government.

This is why progressive Marxism as we now see in the Democratic party is ill-suited for leadership of a free country. It is dangerous, violent, and tyrannical by nature.

We have to make a choice between Freedom without Chaos, which is what a Biblical Worldview will give you, OR Peace and Safety, which is what the creed of ancient Rome was just before it imploded and collapsed.

Without a Biblical Worldview, all you get is chaos.