Paradigm comes from the Greek. In a general sense it means the way we “see” the world – not in a visual sense but in terms of understanding, perceiving or interpreting.

A simple way to understand paradigms is to see them as maps – mental maps. Our paradigms are the source of our attitudes and behaviors.

A paradigm shift is actually a break from traditional thinking.  All major breakthroughs almost always occur due to a paradigm shift.

Ptolemy convinced everyone that the earth was the center of our universe; then Copernicus came along and “broke the traditional way of thinking” by showing that actually the earth revolved around the sun instead.  Suddenly the map was different and everything took on a different interpretation.

As soon as germ theory was developed, a lot of needless deaths were averted. Up until that paradigm shift we had more men dying from small wounds and diseases than were dying on the battle field.

The United States is another example of the fruits of a paradigm shift. Up until our Founding Fathers created us as a republic, the traditional form of government was a monarchy. The 200 years after creating our Constitution saw the unleashing of the greatest nation the earth has ever witnessed.

If you start with a wrong assumption you will come to a wrong conclusion.

People are motivated by two things:
Pain – Fear of Loss or the Valley of Despair
Gain – Deep, Deep Desire 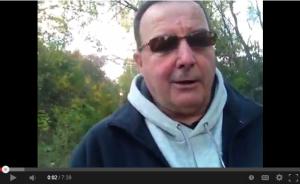 All breakthrough, quantum improvements come about only after a major paradigm shift.