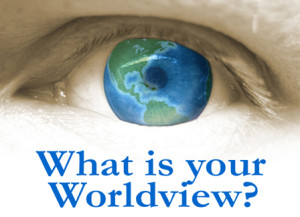 I have a son who is on a ventilator and requires 24/7 nurse care.

Tim came to Christ over a decade ago and of course is Pro-Life.

Yesterday, one of his nurses made this comment: “If they abolish abortion, they might very well take away your right to your vent because it would mean we no longer have the right to our own bodies. It takes a mature mind to understand this.”

Is this the new argument for the Pro-Choice crowd?
Side Note: Child Abuse

Why have children been abused far more since abortion was legalized?

BECAUSE abortion changed the way we think about children. 😒

The point is: Pro-choice is the result of a worldview that does not cherish ALL life; that does not see “man” as a created being in the image of God our Creator so life is essentially meaningless.

Whenever we hear “pro-choice” ask:

What choice are you talking about? If the choice is abortion…

Do you think people should have the right to choose to kill children?

(By opposing abortion, we are not opposing choice in general, we are opposing child-killing)

Replace choice with abortion and the smart question (SQ):

Slave owners (who were by the way predominately southern Democrats) were pro-choice.

They said, “You do not have to own slaves, but don’t tell us we can’t choose to.”

Those who wanted slave-holding to be illegal were accused of being anti-choice and anti-freedom, and of imposing their morality on others.

Every movement of oppression and exploitation – from slavery to prostitution, to drug-dealing, to abortion – has labeled itself pro-choice. And those opposing these movements have been labeled as “anti-choice”.

The pro-choice position always overlooks the victims right to choose.

“I’m not pro-abortion, but I’m pro-choice.” I hear this a lot. What a crock of hooey!

But how would you respond to someone who said, “I’m not pro-rape, I’m just pro-choice about rape?”

To be pro-choice about rape IS to be pro-rape PERIOD!

Just like being pro-choice about abortion is to be pro-abortion.

Some people imagine that being personally opposed to abortion, while believing others have the right to choose it, is some sort of honorable compromise.

The only good reason to oppose abortion is because it is CHILD KILLING!!

Being personally against abortion but favoring another’s right to kill their child is self-contradictory and delusional.

Choose a side folks.

You are either for killing unborn children who have NO say in the choice or you’re not.